Share a memory
Obituary & Services
Tribute Wall
Read more about the life story of Jerry and share your memory.

Jerry Warren Zweighaft was born December 6, 1946 in Pittsburg, Pennsylvania, the son of Aaron and Francis (Wolfe) Zweighaft. He was raised primarily in New Jersey, where he graduated from Toms River High School. A highly educated man, Jerry completed both law school and medical school. He pursued careers as both an attorney and an ophthalmologist.

After working together and dating for several years, Jerry married Lynn Clemens January 25, 2003 while attending a convention in Las Vegas. Lynn finally said “yes” after managing the logistics of Jerry’s business for several years.

Jerry always had a knack for his culinary efforts, especially regarding his pastries! This stemmed from his early years working in his father’s donut shops. Jerry attended culinary school in Germany and earned the l'Un des Meilleurs Ouvriers de France, the highest honor for French chefs. He was invited to the International Exhibition of Culinary Arts by the famous chef, Martin Yan. While serving on the Olympic team, Jerry won a gold medal. NBC was extremely impressed with Jerry’s interview. This led to his successful career as a famous culinary entertainer. With Lynn’s continued professional assistance, Jerry hosted the shows, “30-Minute Gourmet” and “The Joy of Chocolate.”

Jerry was preceded in death by his parents. He passed away Sunday, January 15, 2023 in Broken Arrow, Oklahoma. Jerry was 76 years old. Jerry’s ashes will be scattered in the Atlantic Ocean.

To send flowers to the family or plant a tree in memory of Jerry Warren Zweighaft, please visit our floral store. 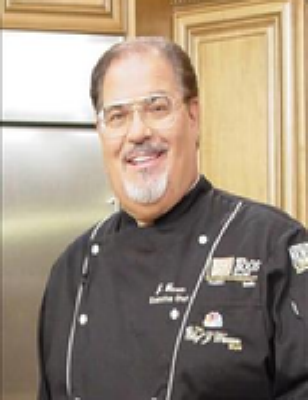 You can still show your support by sending flowers directly to the family, or by planting a memorial tree in the memory of Jerry Warren Zweighaft
SHARE OBITUARY
© 2023 Bixby-South Tulsa Funeral Service & Crematory. All Rights Reserved. Funeral Home website by CFS & TA | Terms of Use | Privacy Policy | Accessibility