Share a memory
Obituary & Services
Tribute Wall
Read more about the life story of George and share your memory.

Born January 27, 1940, in Short, Oklahoma, George was the son of Harve and Lois (Keen) Denny. Raised in Sequoyah County, Oklahoma, near the Oklahoma/Arkansas border, the Denny’s would eventually make a move to Tulsa where George would finish Jr. High and High School.

It was while attending Jr. High that George met Millie JoAnn Patterson. The relationship between these two would continue to grow and blossom into one of love and devotion. On April 18, 1959, George and JoAnn said, “I do” in a double wedding ceremony with dear friends, Allen Lee and Neallie Thornburg, at the New Hope Assembly of God Church. There was another couple, long-time friends, and schoolmates Dale and Archalene Arnold, who married just a month before. All three couples joined together annually for the next 62 years to celebrate their anniversaries together. The joining of George and JoAnn would only be the beginning of a wonderful, shared life that got sweeter and sweeter with the addition of children, grandchildren, and great-grandchildren.

As a career, George was able to support his family as a Journeyman Plumber. He worked for over 40 years, in this endeavor, and was a 50-year member of the United Association of Journeymen and Apprentices of the Plumbing and Pipe Fitting Industry (UA 430). Even when he wasn’t working, George was ‘working’ on something! He oversaw home building and remodeling as a General Contractor and was a dedicated baseball coach for his son and later for his grandsons.

Serving the Lord was always a top priority for George. He was an active member of the churches he belonged to – spending many years of involvement in both Bixby First Assembly of God and Woodland Park Assembly of God in Tulsa. A gifted singer, George had a beautiful, tenor voice. He used his voice to honor God as he sang in a Gospel Trio with Patty and Jerry Jones.

George’s greatest joy was his family. JoAnn was absolutely the love of his life! As time continued, George enjoyed watching his grandchildren’s and great-grandchildren’s activities. He also loved OU, hunting and fishing, and Pepsi-Cola. (He may have been known to rattle the ice in his empty cup until someone came with a refill.)

Generous, compassionate, devoted, and a bit stubborn are words that help to describe George. He loved well, was well-loved, and his presence will undoubtedly be missed by those family and friends he leaves to cherish and carry on his legacy.

He is survived by: his loving wife of 63 years, JoAnn; his brother, J.B. Denny; his children: son, Harvey Denny and wife, Lyn and daughter, Teresa Denny; grandchildren: Austin Denny and wife, April, Autumn Denny, Drew Denny, Lauren Sheline, and Andrew Fitzgerald; great-granddaughters: Blakely, Sarah, and Lainey. He is also survived by several ‘bonus’ children and grandchildren who referred to George as “Dad” or “Papa”, along with a host of nieces, nephews, other extended family members and a host of long-time friends.

George was preceded in death by: his parents; an infant sister; and two brothers: Euil and Gilbert Denny.

To send flowers to the family or plant a tree in memory of George Washington Denny, please visit our floral store. 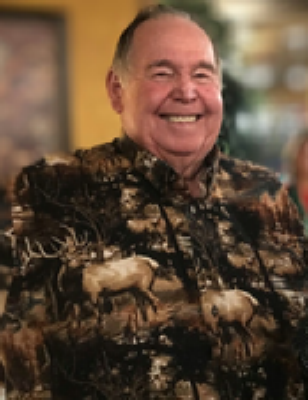